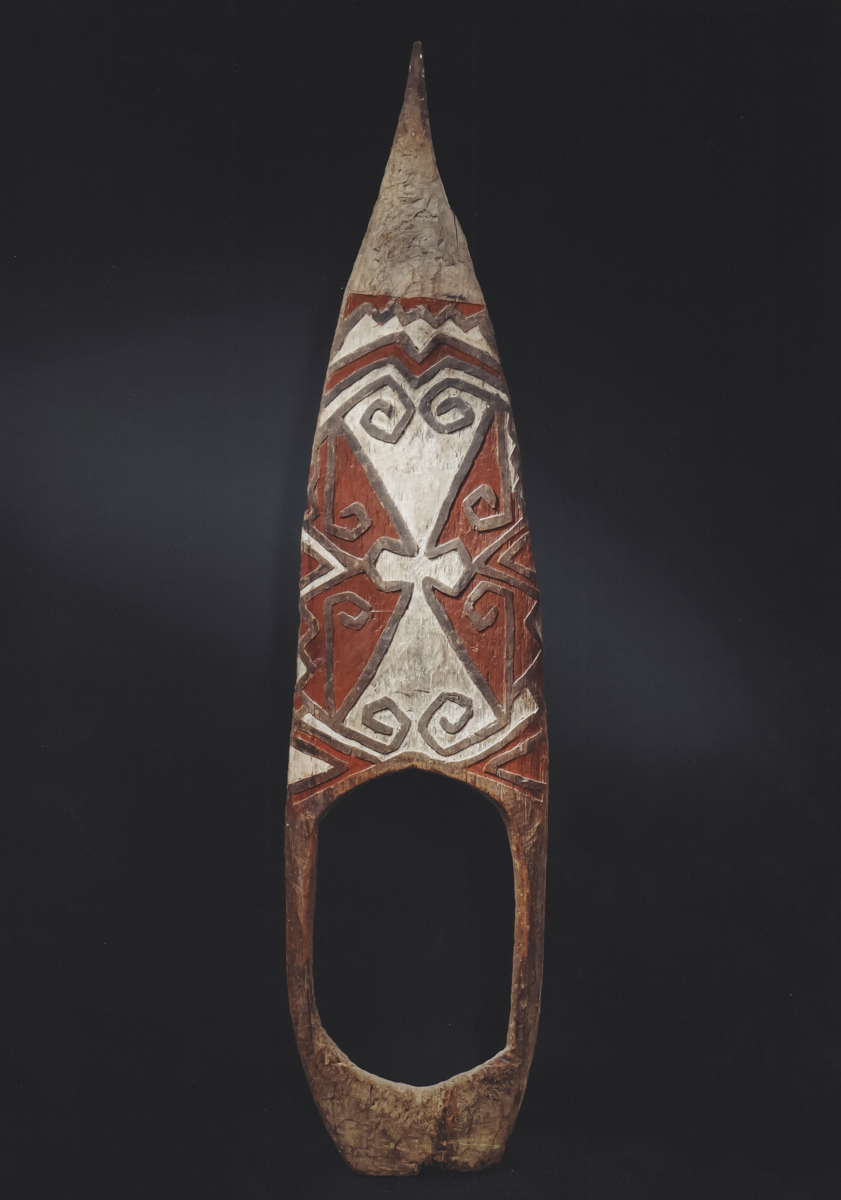 Amitung Door board for a ceremonial house

Read More
In the villages of the Telefolmin in the New Guinea highlands source basin of the Sepik River, 'amitung' (house boards) were attached to the front of ritual houses.
Among the Telefolmin and neighboring peoples of the Highlands, ancestral relics were kept in both family houses and men's houses. The right to attach carved and painted boards to a house coincided with the eligibility of the house to store ancestral relics. Elsewhere the 'heat' of such relics was believed to be a danger to the wellbeing of women and children so ancestral relics were kept only in men's ritual houses or in nearby rock shelters.

The circular hole at the base of the sculpture allowed individuals to enter and exit the ceremonial house. The small size of this entry allowed only one individual to pass through at a time.
According to Telefolmin informants, the general composition of an amitung includes painted and sculpted representations, each with a specific meaning. Some Western ethnologists suggest that the general form would represent a stylised human figure.