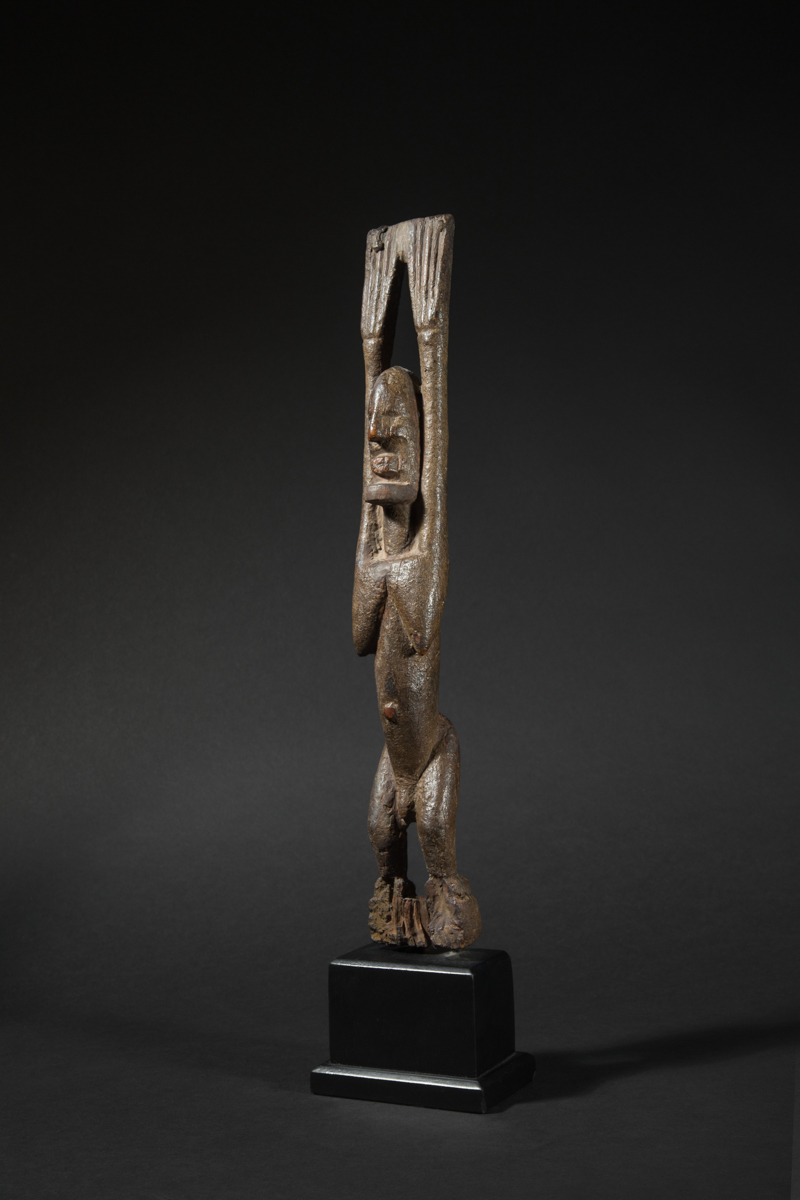 Read More
A figure with raised arms is one of the most prominent types of Tellem sculpture.
The Tellem are thought to have occupied the region of the Bandiagara escarpment until the 16th century. A number of interrelated meanings have been given to human figures with raised arms in Mali art. In Dogon iconography, Griaule and Dieterlen interpreted the gesture of raised arms as representing various aspects of Nommo's role in organizing and purifying the universe and his relationship with Amma, the Creator (see "The Pale Fox", 1986, 381-85). Earlier, the gesture had been said to indicate communication between the earth and heaven (see "L’Afrique Fantôme", Michel Leiris, 1934), specifically a prayer for rain, an essential commodity in the arid environment of the Cliff of Bandiagara.