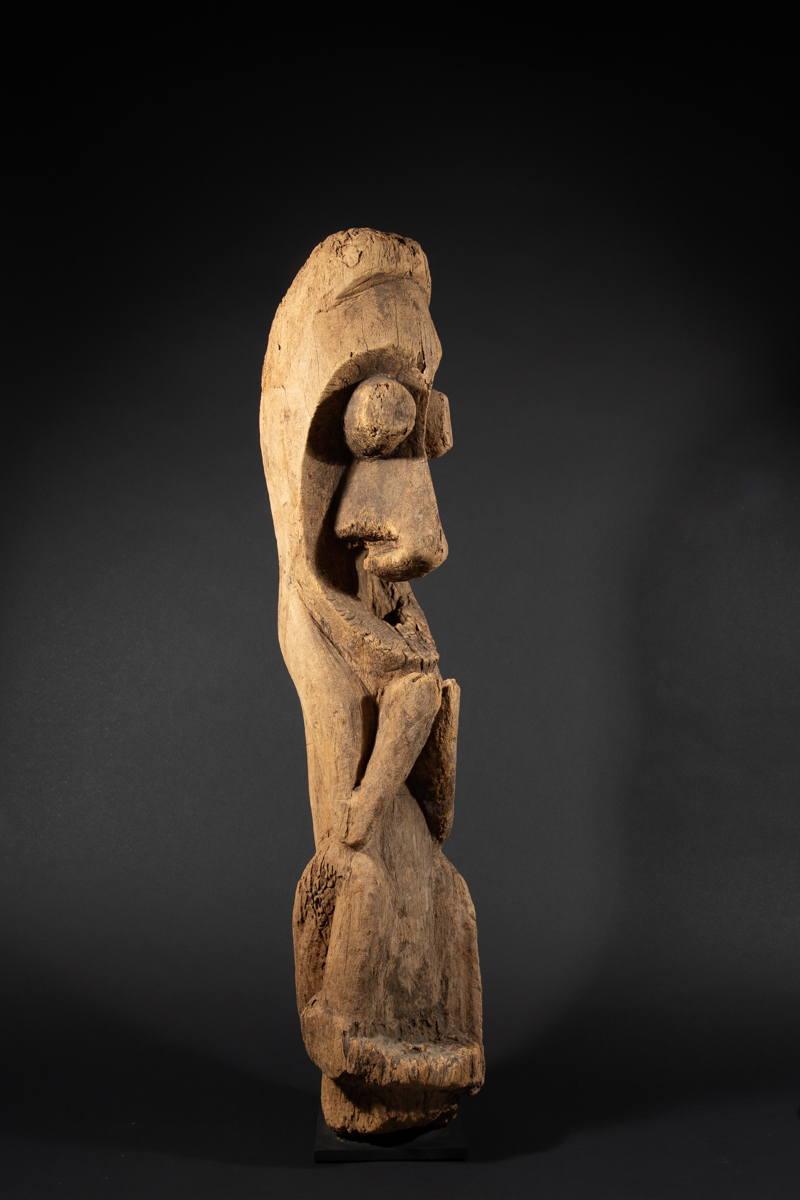 Read More
This sculpture was presumably the top of a post placed in front of the ceremonial houses and chief huts. Its shape is reminiscent of the iconography of the large grade figures made of fern wood.
As stated by the Metropolitan Museum of Art in New York, much of the art of central and northern Vanuatu in the southwest Pacific is associated with grade rituals, a hierarchical series of initiations, each of which confers successively greater religious and political authority during life and in the realm of the dead. During the ceremonies, grade figures were erected on the dancing ground and served as temporary abode for the spirits associated with the grade.