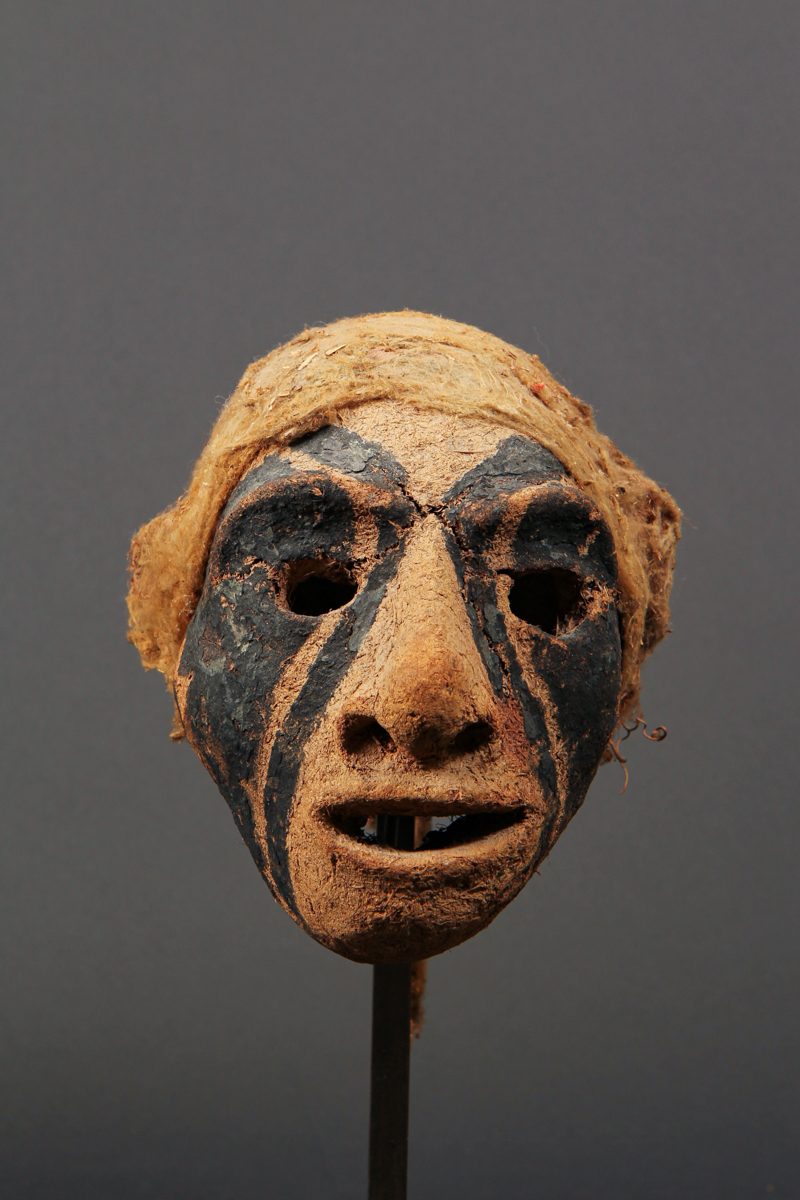 Read More
Ancestor skulls were revered in Melanesia. In Vanuatu, the worship of ancestors notably included the use and display of overmodelled skulls. The latter could be part of a rambaramp figure. The rambaramp is a funerary effigy of a high-ranking Vanuatu person. The effigy displayed the signs of the rank and initiation grades of the deceased. It appeared publicly during the funeral rituals, after which the skulls of high-ranking ancestors were preserved and placed in the roof of the men's house.

This cranial deformation shown here was common in Vanuatu. It was a matter of custom and aesthetics. When children were born, the skull was held firmly in place with wooden sticks and strips that compressed and stretched the skull as it grew.