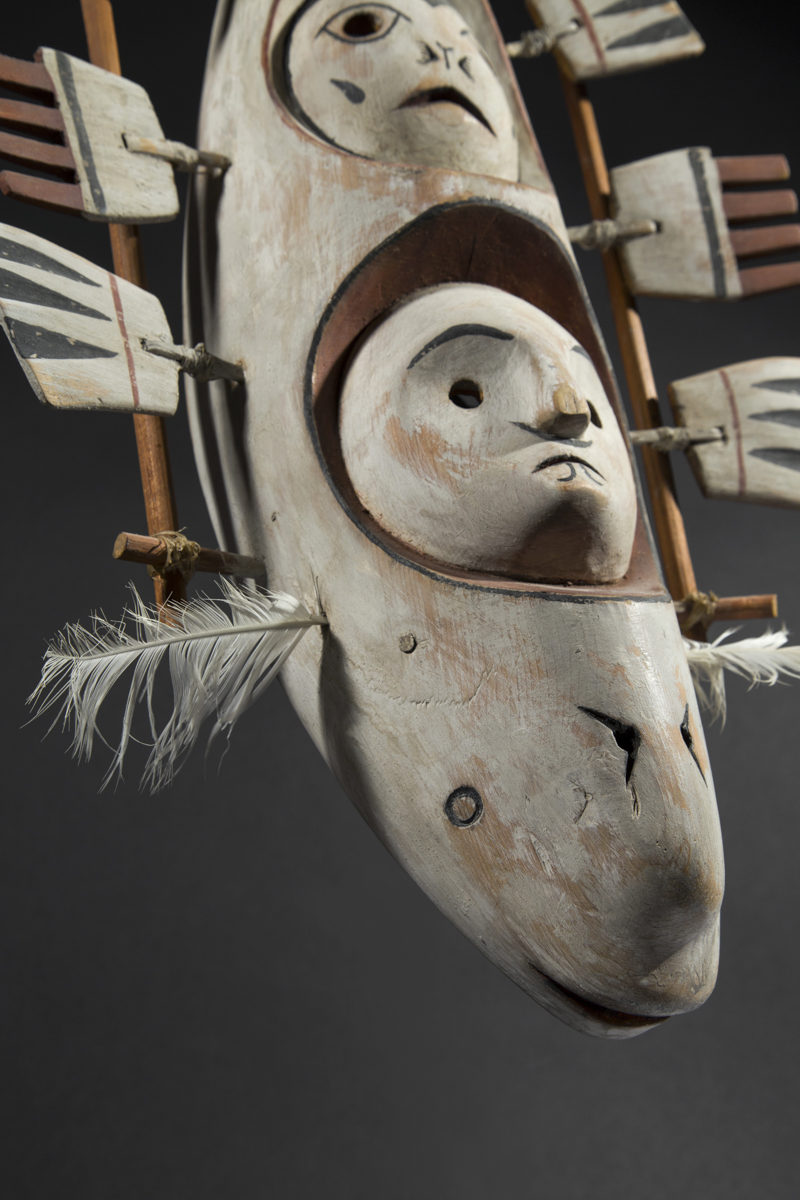 Read More
After freezeup in the winter, performance cycles were undertaken that were important to maintaining proper human, animal and spirit-world interactions. These ritual and shamanic ceremonies took place in the communal men’s house (qasaiq). Dances featured masks that made visible the world of helping spirits and extraordinary beings.
Before leaving on a hunt, men had to observe a certain number of dictates to assure themselves of the beneficial support of tutelary spirits, in particular the « masters » of game animals.
During these ceremonies, shamans, under the protection of their animal-guides entered into a trance – the shamanic voyage – to communicate with the spirit world and facilitate movement between worlds.
Intensely charged with poetry, this spectacular mask is the representation of a beluga whale, where the central portion charge reveals its dual spirit (inua) half-man, half-sea mammal. 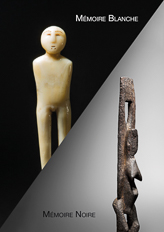