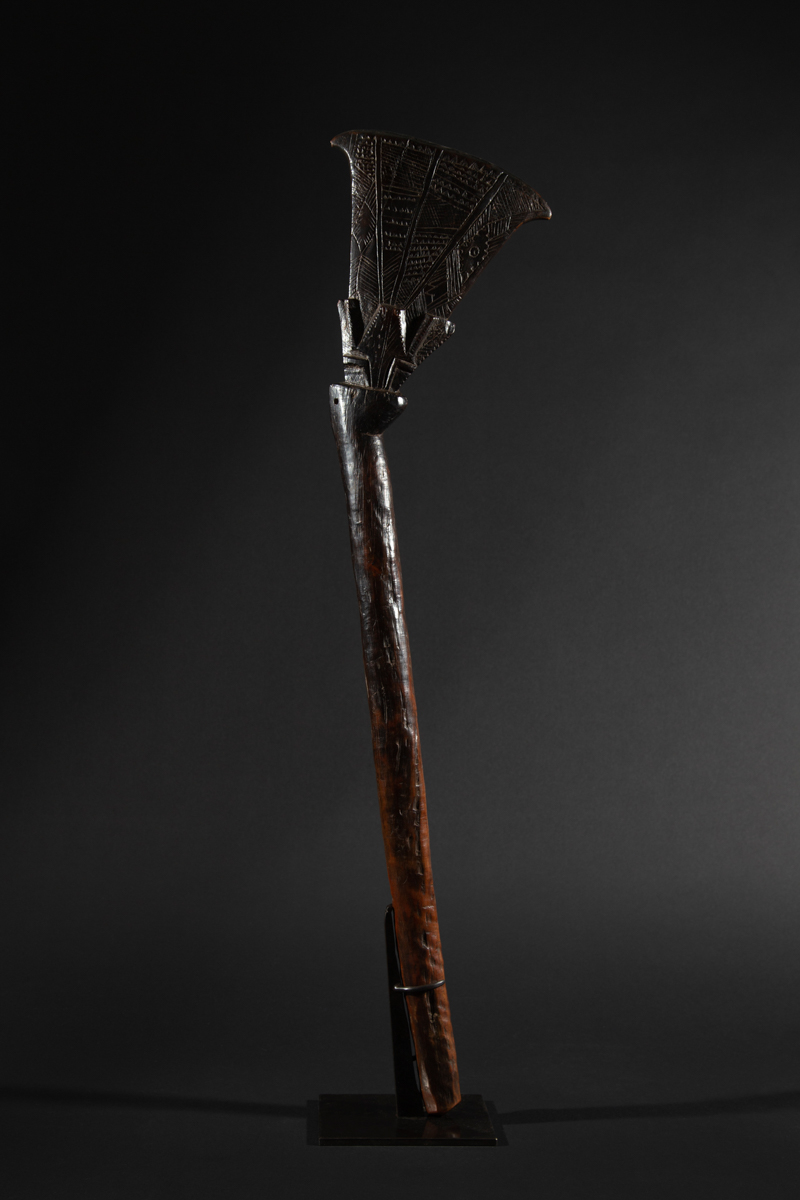 Read More
It was in 1643 that the Dutch navigator Abel Janszoon Tasman discovered the Fiji archipelago in the South Pacific. Traditional Fiji society was organized around clans and divided into hierarchal classes, with chiefs and priests found at the summit. War occupied a preponderant place within Fijian society. Battles served to reinforce the authority of chiefs as well as to multiply ties between different groups of allies.
War clubs conferred prestige on their owners. They demonstrated their prominent status as warriors.

The club here is a very rare example of "Gugu", often improperly described as lotus or axe head club. It is actually inspired by the shape of butterfly fish ("gugu" is the Fijian name of this fish). It seems that these clubs were mainly used for ritual dances rather than fighting.
Our example is distinguished by the spare refinement of its decoration, its superb, deep dark patina and the purity of its form.