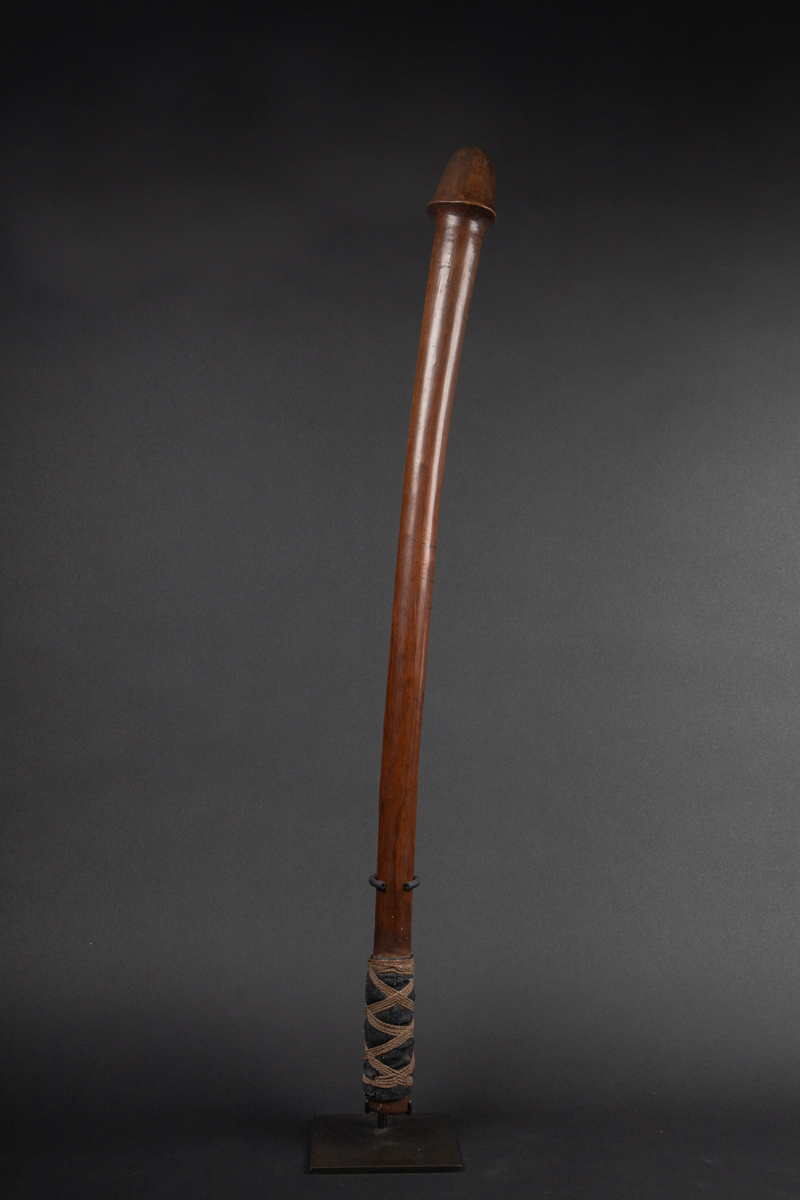 Read More
This New Caledonian Kanak weapon is referred to as a "mushroom club".
The hardwood club features a distinctive mushroom-shaped phallic formed head. The deep, shiny patina attests to its age and use.

The club is the main weapon of the Caledonians. There are many different shapes, each with a specific name. Some of these clubs were also used as throwing clubs.
The purity of the shapes, the age and the superb curve of this club are remarkable.

This club formerly belonged to Jean-Pierre Laprugne and was acquired directly from him. Jean-Pierre Laprugne is a legendary Parisian art dealer whose gallery was located rue Mazarine until the end of the 1990s. He acquired his first tribal art pieces as early as 1957. He started art dealing at the St-Ouen Flea Market in 1971. By 1977, he opened his gallery in St-Germain-des-Prés. Recognized by his peers and by collectors as one of the greatest "chineurs" (art hunters) and connoisseurs of tribal art, Jean-Pierre Laprugne has never stopped collecting.