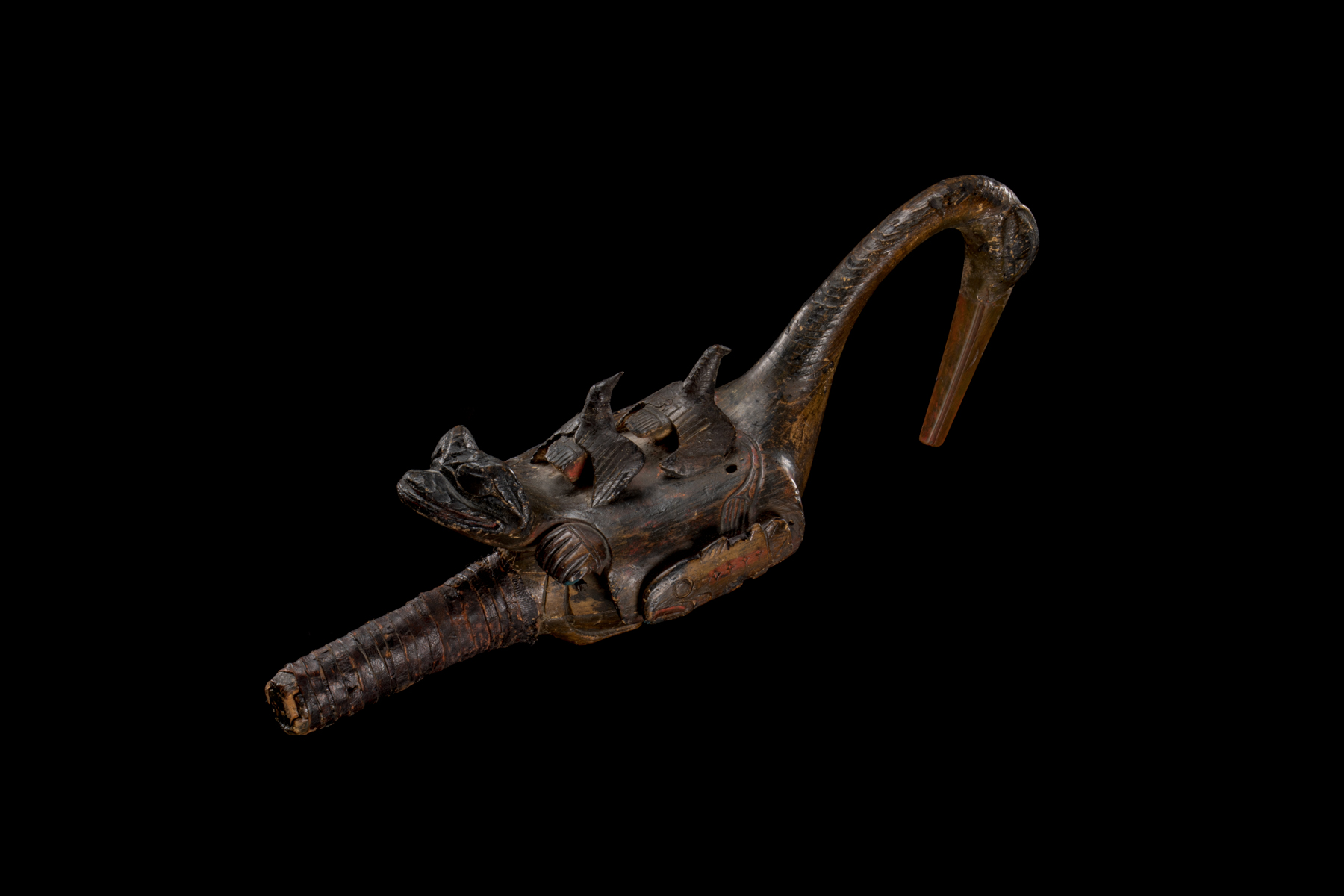 Read More
According to Allen Wardwell (in Tangible Visions, The Monacelli Press inc., New York, 1996), the rattle is a very important piece of shamanic equipment along the entire Northwest Coast. Its sound provided rhythm for songs, dances and chants, and attracted spirits to the séances. Wherever it was used, a supernatural presence was thought to be in attendance. Although some round rattles were made for potlatch and secret society ceremonies, the majority were used by shamans.