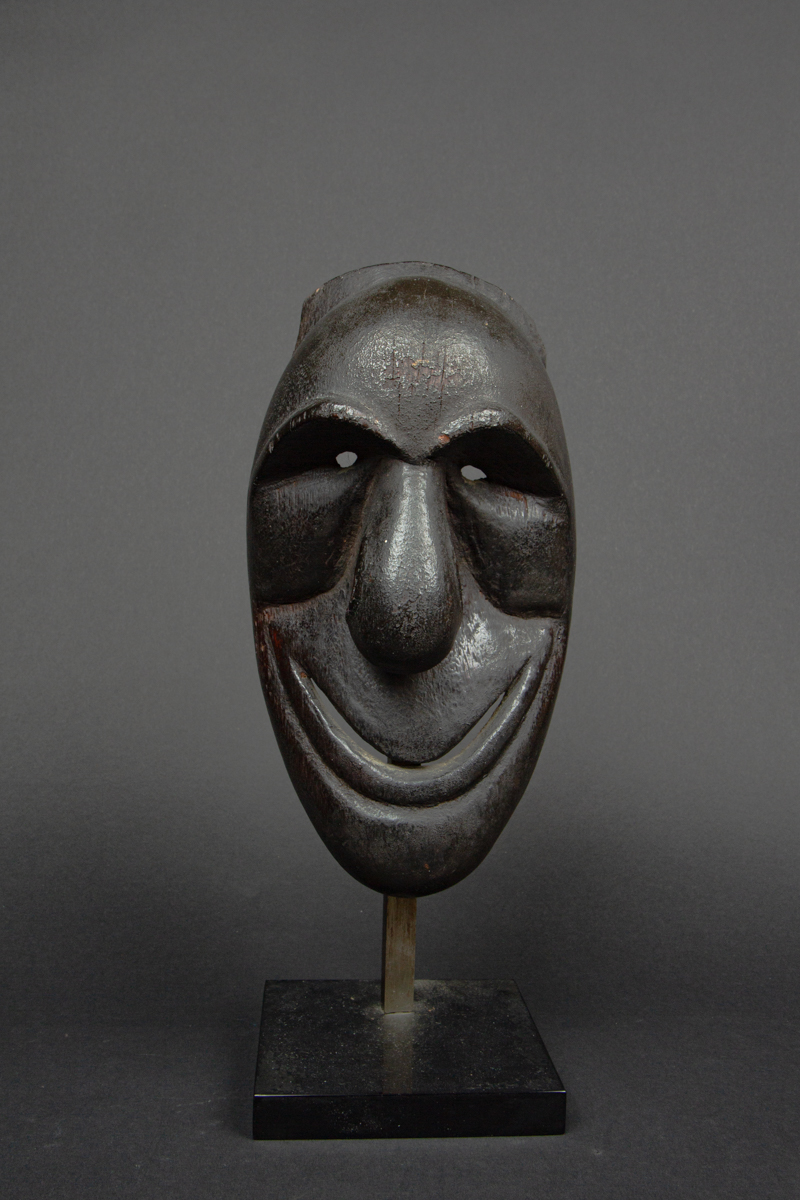 Read More
As stated by Crispin Howarth, Curator, Pacific Arts, National Gallery of Australia: this type of Chubwan mask from the Island of Pentecost in Vanuatu belongs to a very limited corpus.
Chubwan are carved from hardwood with a domed forehead and pierced septum through a bulbous nose. The nose reveals a long neglected practice on Pentecost of nasal piercing, or it may be a vulgar caricature of people from adjacent islands who continued this practice into the early twentieth century.
Very little is actually known about the true purpose of chubwan as tradition associated with this mask ceased long ago. We can only speculate as to whether such masks were worn for public festivities or ritual events, although many believe that the masks were worn at events based on the association of men and yams. The wearing of this mask may have offered some form of spiritual protection—as is the case with masks from neighbouring Malakula Island, which were worn to protect the living from the spirits of the dead.
Regardless of the chubwan’s enigmatic function, the artist skilfully created a face that would frighten and intimidate. As Felix Speiser, a visitor to the area in 1910, noted in his book Ethnology of Vanuatu: ‘… such a face, seen in the semi-darkness of the forest by the light of flickering torches, must have had a frightful enough effect’.