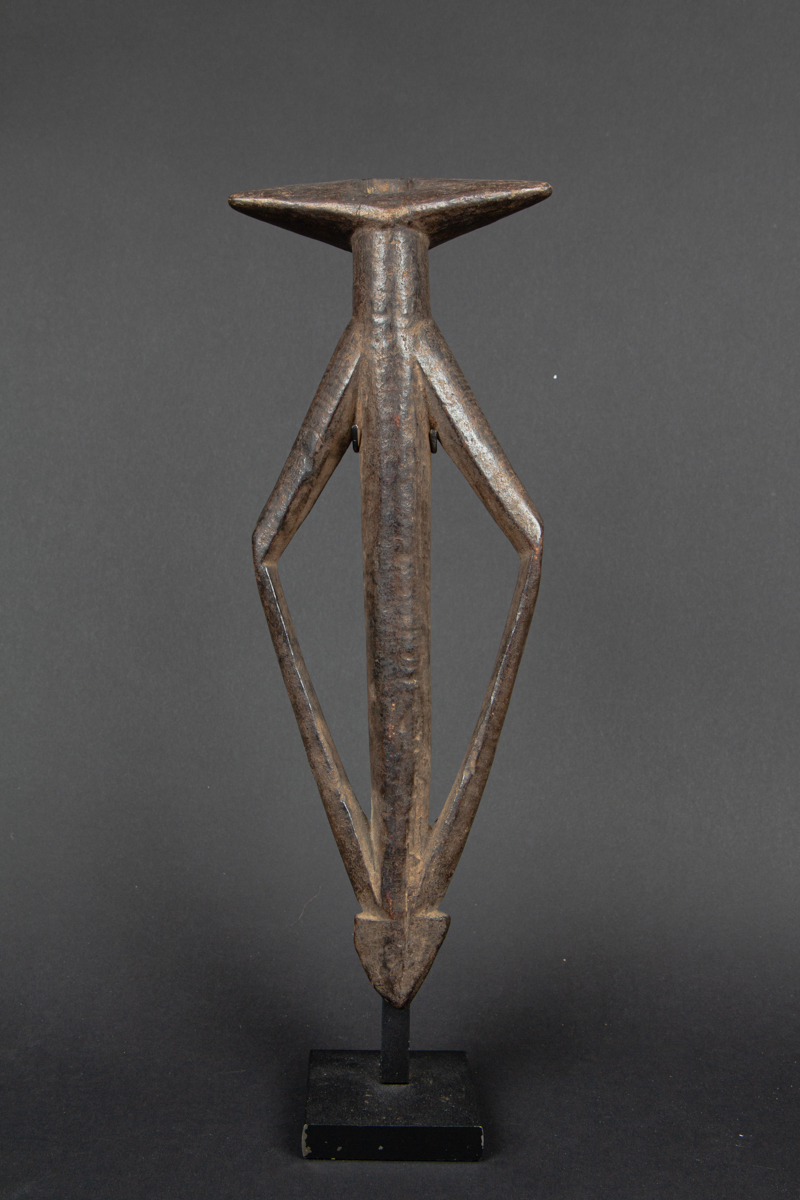 Read More
Music plays a primordial role in the cultures, ceremonies and more generally in the daily life of the peoples of Africa.
Whistles and other wind instruments accompany social and ceremonial dances in particular. In most cases, whistles produce three notes by alternating air pressure using the two lateral holes of the instrument. Such flutes are hung around the neck or over the shoulder.
Whistles and flutes are also used for hunting. The different frequencies of the tones allow hunters to communicate among themselves. These instruments are used as well during initiation ceremonies and for agrarian festivals.
This anthropomorphic Nuna / Mossi flute is characterized by the balance and elegance of its forms, as well as by the deep, dark patina that is proof of prolonged use. It is rare to find whistles of this size and slenderness, with such high quality of sculpture.