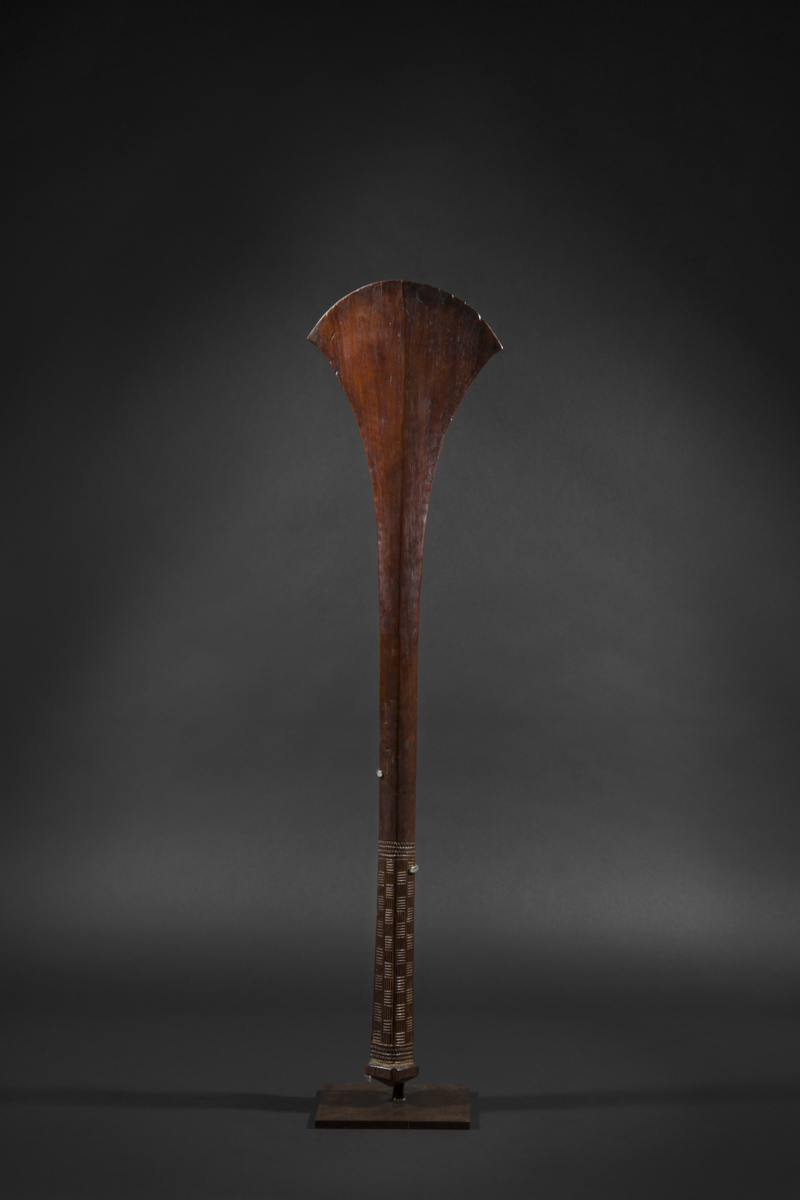 Read More
War occupied a preponderant place within Tongan societies. Battles served to reinforce the authority of chiefs as well as to multiply ties between different groups of allies.
War clubs – the most precious possessions of warriors – evidenced exceptional sophistication and refinement in their sculpture and ornamentation.
The club known as a Dui is a rare and particularly elegant form in terms of the delicacy of its blade. Its ownership was reserved for high-ranking individuals. Its shape is inspired by plant motifs. The upper portion, flared in the shape of a fan, allowed the bearer to parry the blows of his opponent.